Women have played a decisive role during the upheavals and transformations of the 1980s, 1989, and early 1990s in Poland, Czech Republic and Germany. Many of them founded civil society organizations, and stayed active in their social and political commitments. Women’s agency remains high in civil society activism and movements today, the most outstanding example is the Polish Women’s Strike. Nevertheless links between historical experiences and references of today’s activists are not always obvious and the knowledge about each other’s visions, and perspectives of the different generations of activists remain fragmented. The workshop brought together different generations from Poland, Czech Republic and Germany for talking about our visions for future changes in our societies. Taking the 40th anniversary of the foundation of the Solidarność Union as a starting point, the workshop and public panel looked at historical experiences of women that were active in the 1980s and early 1990s. At the same time participants examined the visions of women activists from today’s movements in all three countries. 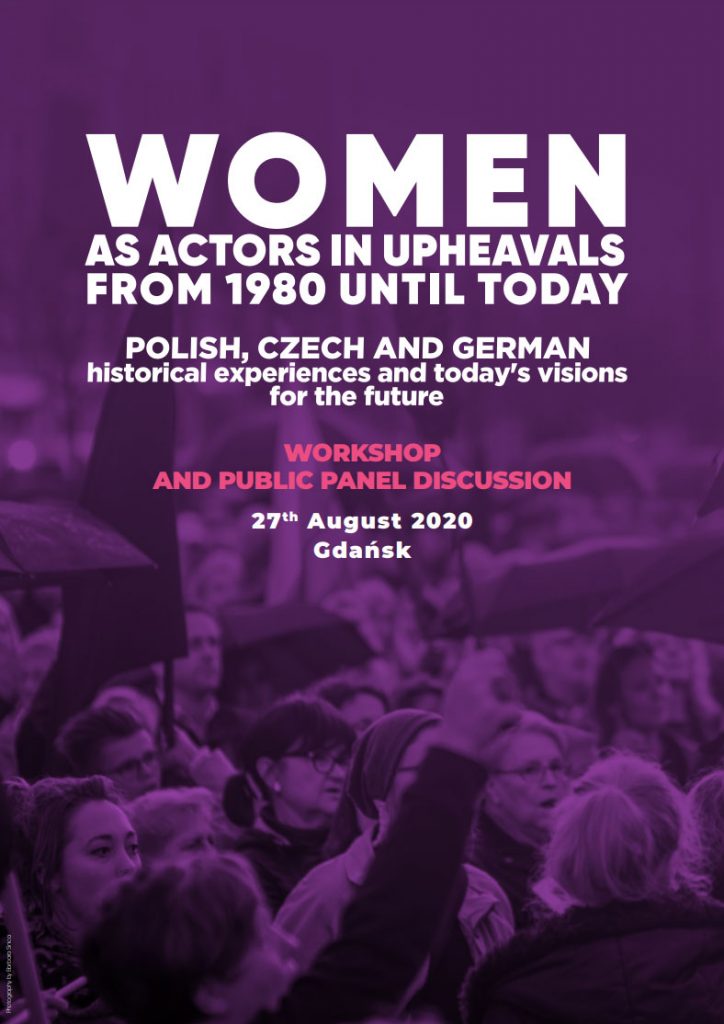 One example of experiences that were discussed in the workshop was the story of the foundation of the Women‘s Section of the trade union Solidarność. In this interview Małgorzatą Tarasiewicz, section coordinator, tells about the creation as well as the ban of the Women’s Section of Solidarność. The interview was conducted by Jennifer Ramme, member of the project’s cooperation partner Bunt Kobiet.